Background information – An advertising campaign is a series of advertisement messages that share a single idea and theme. Advertising campaigns appear in a variety of ways generally for a specific length of time. For example, the Summer Solstice Bonfire is at Park Point, June 21st beginning at midnight. Advertising campaigns often combine multiple ways of supporting the event –  online social media, TV, branded packaging, etc.

A critical part in designing and creating an advertising campaign is determining the campaign theme as it sets the tone for the individual advertisements and other forms of marketing communications that will be used. The campaign theme is the central message that will be communicated in the promotional activities. The campaign themes are usually developed with the intention of being used for a substantial period but many of them are short-lived due to factors such as being ineffective or market conditions and / or competition in the marketplace and marketing mix. Wikipedia

iPod launched an ad campaign for it’s iPod in 2004 which proved very attractive to consumers if not just fun to watch. The classic image of their product was seen everywhere from subway pillars, bus stops, TV, bill boards, T-shirts and more. It was short lived (four years) but did it’s job. The iPod is now gone but this campaign built the connection to the iPhone and iPad.

For your Final project you are to complete an Ad Campaign for a event. Create a thematic collection of visual graphic messages to “promote” your idea and attitude towards this event.

Choose something you like to attend such as a community pic-nic, pow wow, LAN party at “friends” house, friend get-together at open swim at a local pool or park, holiday (Summer Solstice) community gathering, etc.

Include a poster, T-shirt, and a 5″ Motion Graphic Animation. Save all work on your flash drive in a folder “Ad Campaign Final”. Inside your folder should be three folders, each labeled with the item you have created (T-shirt or Motion Graphic, etc.) and all related files. 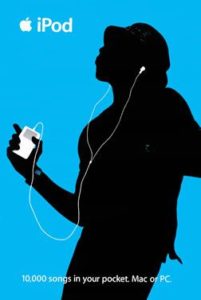 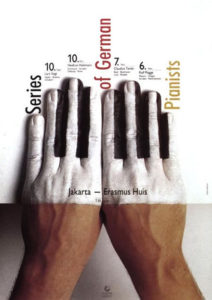 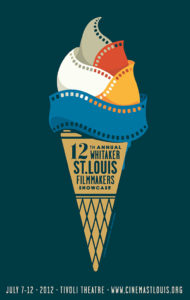 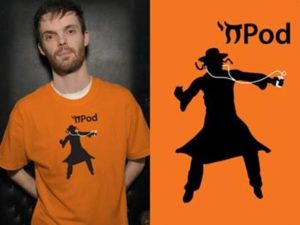 T-shirt Art created in PhotoShop; font(s) needs to be the same from the poster; image of t-shirt an directly coordinate imagery with poster. 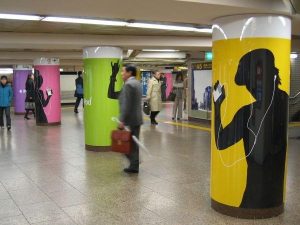