Putting pencil to paper is how it all starts. Since that fateful day in 1938 when Superman bounded into life in the first issue of Action Comics, artists and illustrators have found themselves pre-occupied with the burning desire to create superheroes. Designing these characters, the worlds they protect and how they can live in synergy with words on a page is an art in itself – and comic book artists have a huge and worldwide following. Comics are often derided as a ‘low’ art form, but they boast a massive influence on pop culture. Comic books have come a long way in the past ten years, and the best of them are beautifully written and illustrated, with complex stories and themes. 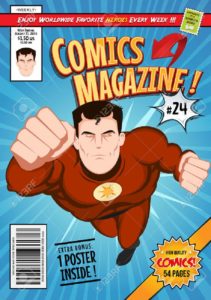 When you have it all worked out, start with a fresh page. Draw a thumbnail sketch of what the character might look like. Participate in the tutorial on action figure drawing. Take one idea and continue to develop the character showing both a frontal and side view. Include the full body and any props the character will need. 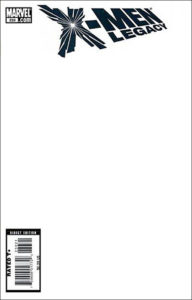 Comic Book Cover  Propose where your character’s name will go on the page – above or below the character. To come up with an eye-popping name, consider using a color (The Green Lantern), alliteration (The Masked Marvel), irony (Super Flea), or a twist on a familiar phrase.

Once approved your drawing will need to scanned (sent to you via email). Open you image up in Photoshop and/or Adobe Illustrator. Complete the cover art in Photoshop or Illustrator. Upload the drawing (background) with 6+ layers to complete the digital image. Use the text tool for the title.

Now that you have created an original comic book character you will place your character on a comic book cover. You will be using Adobe’s InDesign program and you will import your character, title/name, and any supporting graphics into InDesign. Here are the requirements that must be used on you comic book page:

*These items will need to be created in either Photoshop or Illustrator and then imported into InDesign.