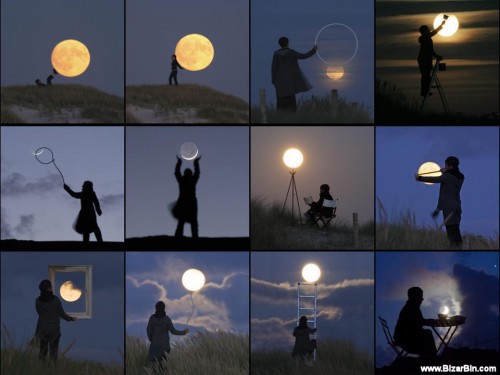 Forced perspective is a technique that employs optical illusion to make an object appear farther away, closer, larger or smaller than it actually is. It is used primarily in photography, film making and architecture. It manipulates human visual perception through the use of scaled objects and the correlation between them and the vantage point of the spectator or camera.

For this assignment take 6 photographs – each one uniquely combining the unreal setting and subject without using PhotoShop. Composition is done in the camera – no cropping or changing of overall size to create the illusion.