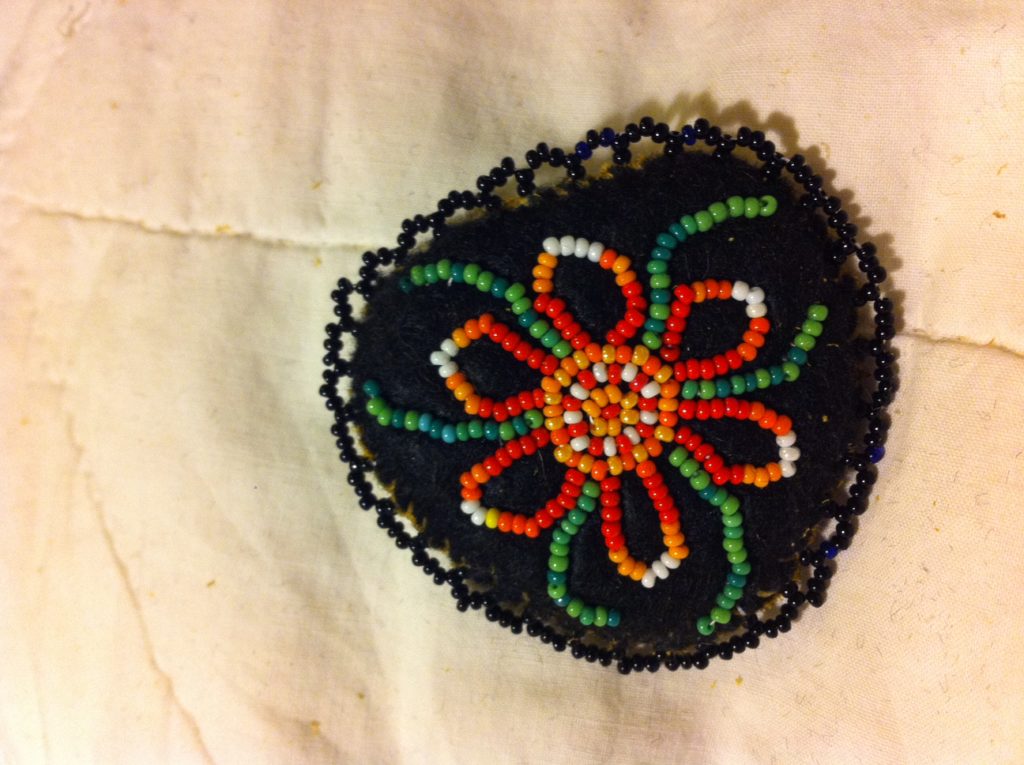 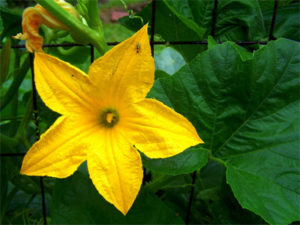 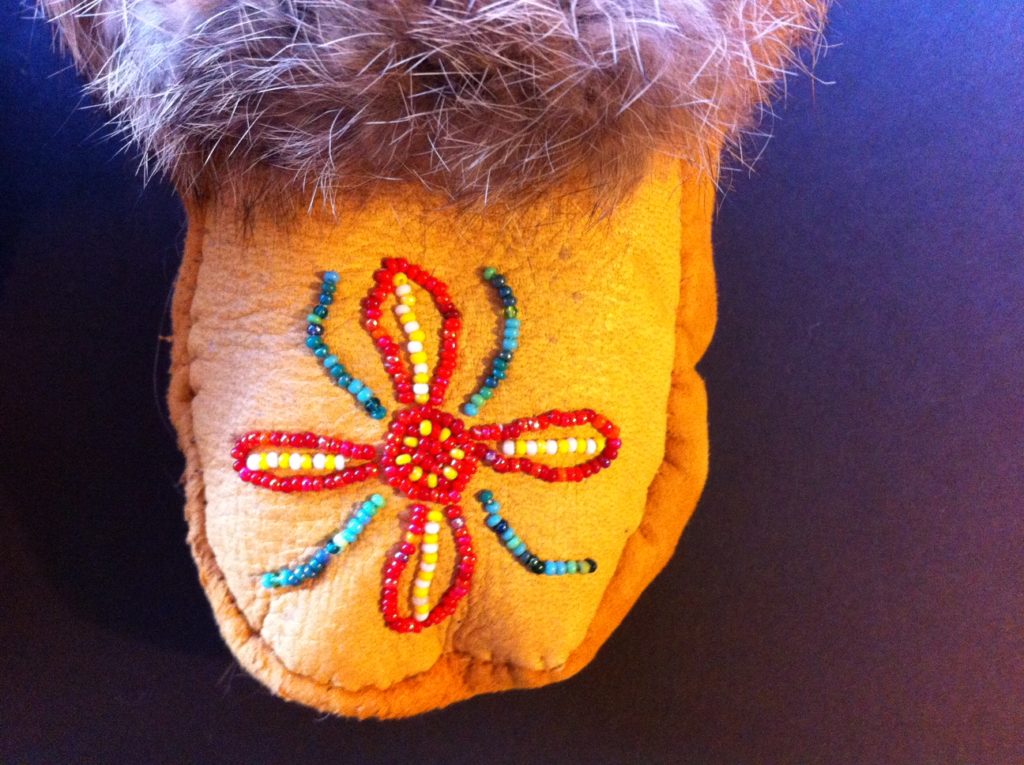 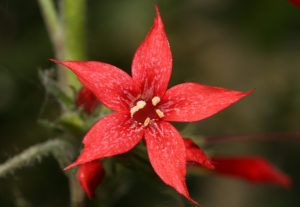 Bees play a major role in  agricultural through the pollination of fruits, vegetables, nuts, and flowers. Recently farmers and scientists alike have noticed a severe decline in bees. Reasons include a disruption of natural habitats leading to lack of “bee flowers,” the widespread overuse of pesticides, and numerous bee diseases and parasites that have pushed wild bees and honey bees to the tipping point. This honey bee crisis is broadly termed Colony Collapse Disorder.

In 2009 scientists and beekeepers observed that for the past two winters, there have been large-scale, unexplained losses of managed honey bee (Apis mellifera L.) colonies in the United States. In the absence of a known cause, this syndrome was named Colony Collapse Disorder (CCD) because the main trait was a rapid loss of adult worker bees. They initiated a descriptive epizootiological study in order to better characterize CCD and compare risk factor exposure between populations afflicted by and not afflicted by CCD. This was the first comprehensive survey of CCD-affected bee populations that suggests CCD involves an interaction between pathogens and other stress factors. Their study presents evidence that this condition is contagious or the result of exposure to a common risk factor. Potentially important areas for future hypothesis-driven research, including the possible legacy effect of mite parasitism and the role of honey bee resistance to pesticides, are highlighted. 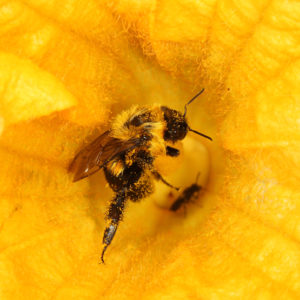 bee chart_cfans_asset_488210 The honeybees’ pollination abilities are vital. Three components make up a successful honeybee colony: the Queen, the Drones, and the Workers. The Queen is the mother to every bee in the colony. Drones are males who start life as an unfertilized egg. Their only purpose is to mate with the Queen; however, fewer than one in a thousand live to have the opportunity. Workers are infertile females who perform the laborious tasks of the colony. They are the pollinators, and their jobs also include guarding, feeding and regulating the temperature of the hive. Worker bees are a vital component of our agricultural system, as one trifling worker bee can pollinate upwards of 5,000 flowers in one day. During their short six to eight week life span, they fly the equivalent of 1.5 times the circumference of the earth; thus, it is no surprise that their most common cause of death is the wearing of their wings. It takes merely two hives to pollinate one acre of crops sufficiently. While the death of even one worker bee can have a significant effect on pollination, the disappearance of multiple colonies at a time is of remarkable concern. Bees pollinate over 70% of America’s food sources, and the worldwide economic value of these crops totals around $200 billion a year. 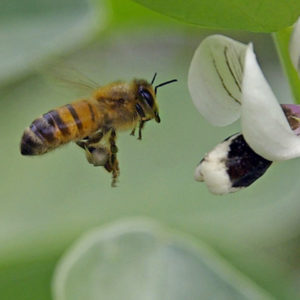 Bees pollinate over 70% of America’s food sources, and the worldwide economic value of these crops totals around $200 billion a year. The Forgotten Pollinators, published in 1996, gives bees proper credit, “for every third bite of food you take, thank a bee or other pollinator.” Among hundreds of other crops, we would lose apples, almonds, blueberries, avocados, onions, and oranges with the disappearance of bees.

Pesticide development continues to receive funding despite the harmful effects that neonicotinoids demonstrate on honeybee homing abilities, as their integration into the agricultural system pays out in the short term. Pathogens continue to evolve in ways that impair the pollinators’ efficacy, with varroa mites serving as the world’s most destructive honeybee killer and efficient viral vehicle. As technology undergoes further developments, electromagnetic radiation has entered the radar of destructive honeybee influences as researchers continue to classify it in terms of a pollutant. The effect of EMR will conceivably only grow as technology exerts more of a societal presence. Despite the uncertainty that surrounds the root of Colony Collapse, the possibilities for solutions abound. As consumers, we join in holding overwhelming power. From taking the initiative to start a pollinator friendlygarden or backyard hive, to a simple lifestyle change towards supporting the local agricultural scene in lieu of the industrial farm system: voting with one’s cash, be it at the supermarket or at the farmer’s market, is the individual’s most influential way to dig the bees out of Collapse. 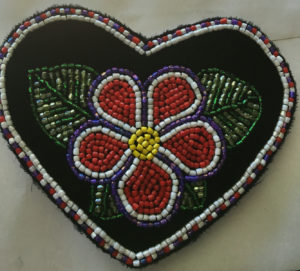 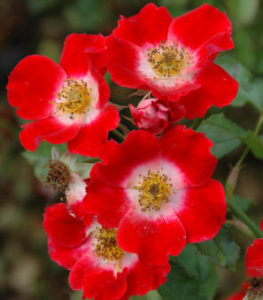 Research for Applique Beadwork     Research images of bees (MN) and the flowers they pollinate. Draw a minimum of four different proposal sketches (about 3″x 3″, pencil, colored pencil) of possible bead design ideas in your sketchbook. These could be bees (mining bee bee chart_cfans_asset_488210 ) or flowers from vegetables (example: squash, pumpkin, beans), flowers from perennial “weeds” (example: dandelion, tansy), flowers from fruits (example: raspberries and apples). Based on these drawing simplify and clarify the drawings into a “design”. Simply into basic shapes and lines. Determine colors. 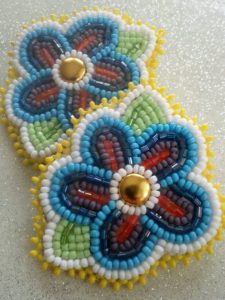 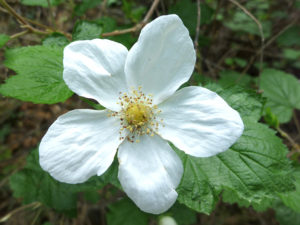 Step 3: Applique Beadwork  Preparation and Technique   Observe the demonstration in class of how to apply beads to your material.